Club News on this page follows the main events in which the club has been involved this Rotary year - from July 2014 to June 2015. 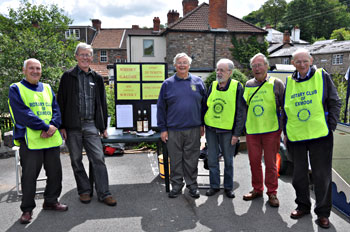 May 30: The club members were involved in various activities such as Whisky Galore and the Golf game.

It is always the Duck Race which draws the most enthusiasm, and fortunately the weather and river level were ideal this year. 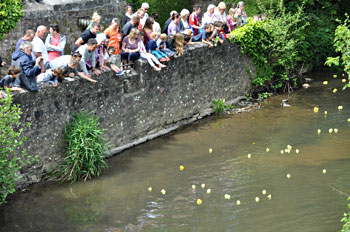 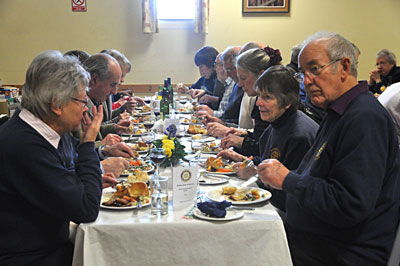 The 11th Rotary Community Sunday Lunch in aid of Shelterbox was held on 18th January.

Although there were fewer taking part than in the past, everyone had a lovely meal prepared and served by members and friends, and a substantial sum was raised from tickets and from the raffle. This amounted to £1200, enough for 2 Shelterboxes. 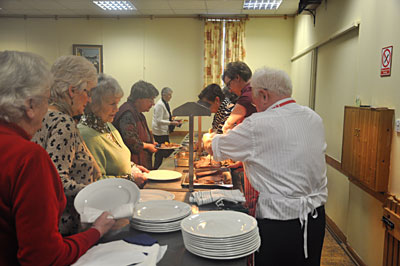 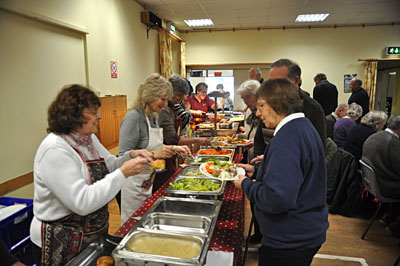 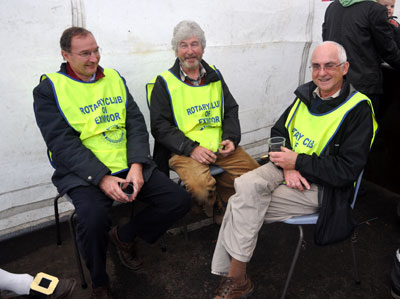 Exmoor Rotary again supported Bampton Charter Fair in a big way organising the Craft Fair, the Local Produce and Traditional Crafts, all the street entertainments and music, and the publicity. Some were also in the Mummers Play.

Three of our members needed to be revived by pints of local cider in order to carry on with the business of being stewards!

The Fair raised approximately £1800 for the club to be allocated to Bampton projects.

A new venture for the club is a film night including a two course dinner in Dulverton.

Over 75 people were attracted to the event and £550 was raised. These profits will be going to Dorset & Somerset Air Ambulance, and to Exmoor Search & Rescue. 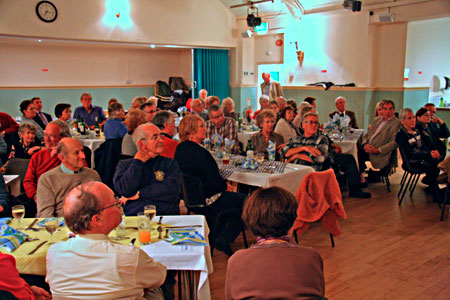 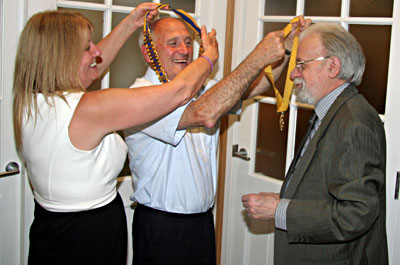 The end of one Rotary year, the start of another.

Shown here is Gill passing the presidential chain of office to Terry, who is passing the President-Elect medal and ribbon to David.

Best wishes to all of them especially Gill who has had a splendid year and deserves a break!

Cheques were also presented to Abbeyfield Home, and to Morebath Village Hall from money raised by the 2013 Ironman.